Blog
You are here: Home / Blog / Health / Do You Have Carcinogens?

Have you ever thought of going mainly or entirely raw? You’ll likely shed a few pounds. And that’s not all. Some of our favorite tastes are linked to byproducts of cooking that are bad, bad, bad for us! When foods are cooked, especially at high temperatures, by-products can form that pose a threat to human health. Among the most notorious are heterocyclic amines (HCAs), polycyclic aromatic hydrocarbons (PAHs), advanced glycation end-products (AGEs), and acrylamide. Let’s see what’s cooking.

Heterocyclic Amines
HCAs are chemicals that are created when meat, poultry, fish, and eggs are subjected to grilling, frying or barbequing. High temperatures and longer cooking generate more of these compounds. Indirect-heat methods such as stewing, steaming or poaching produce far fewer HCAs. (Roasting produces intermediate amounts.). Does cooking vegetables produce these chemicals? No, because the formation of HCAs involves the condensation of creatinine (found exclusively in muscle tissue) with amino acids (the building blocks of protein). In 2005, HCAs were officially added to the National Institutes of Health’s list of cancer-causing agents. HCAs increase our risk for a variety of cancers, including colorectal, stomach, pancreatic, and breast cancers.

Polycyclic Aromatic Hydrocarbons
PAHs are chemicals formed by the incomplete burning of carbon-containing substances in food or in fat that is heated above 392 degrees F (200 degrees C). PAHs are present in grilled or charred meat, poultry, and fish (especially where fat drips onto the heat source, such as a barbecue, and fumes rise or fat spatters back onto the food).  PAHs also can form in toasted grains and in anything fried in oils. Like HCAs, PAHs are known to be mutagenic (they damage DNA). Lung, skin, and genitourinary cancers are linked to PAH intake.

Advanced Glycoxidation End-Products
AGEs are harmful end-products that are created when food is heated to high temperatures and also when fat is oxidized. Foods that are most concentrated in AGEs are broiled, grilled, and fried meats.  AGEs also arise when cola ingredients, coffee, caramel, and baked goods are browned at temperatures of 310 degrees F (155 degrees C) or higher. Browned, caramelized foods appeal to our tastes and the food industry purposely uses the Maillard (browning) reaction to sell products. There is considerable evidence that AGEs impair immune system function, accelerate aging, and contribute to the progression of diabetes, cardiovascular disease, stroke, kidney disease, eye diseases, nerve diseases and Alzheimer’s disease.

Acrylamide
In 2002, Swedish researchers discovered that a compound known as acrylamide forms when certain high carbohydrate foods are subjected to temperatures of 248 degrees F (120 degrees C) or higher, especially for a longer period of time. Canadian scientists learned that most acrylamide develops when the amino acid asparagine reacts with naturally occurring sugars such as glucose. This occurs during the later stages of baking, roasting, or frying when foods start to dry out a little and the surface temperature rises. The most concentrated food sources of acrylamide are potato chips, other baked or fried salty snacks, and French fries, as potatoes are particularly high in asparagine. Other food sources of acrylamide are crackers, crisp breads, pretzels, breads (especially toasted), cold cereals that have been toasted, and other foods processed at high temperatures such as coffee and cocoa. Acrylamide was evaluated by the International Agency for Research on Cancer and classified as “probably carcinogenic to humans” and in 2002, the European Commission’s Scientific Committee on Food (SCF) recommended that dietary acrylamide levels be reduced.

Take Home Message:
1. Keep your intakes of HCAs, PAHs, AGEs, and acrylamide as low as possible:
2. Sell or give away your barbecue.
3. When cooking, boil or steam foods because temperatures reach only the temperature of boiling water, 212 degrees F (100 degrees C).
4. Let raw plant foods occupy more and more space on your plate.

Vesanto Melina is a dietitian and author. To learn more about the why’s and how’s of raw and high-raw diets, see the very new Becoming Raw, The Essential Guide to Raw Vegan Diets (by B. Davis and V. Melina, 2010) and the Raw Food Revolution Diet. For personal nutritional consultations, phone: 604-882-6782 or visit www.nutrispeak.com.

This month, we are pleased to include this wonderful article about the science of going raw by Vesanto Melina from her new book Becoming Raw, The Essential Guide to Raw Vegan Diets. We’re also including recipes for Celeriac Linguini with Bolognese Sauce and Hemp-Parmesan from the book in our recipe section, and Living Light Marketplace is offering a special book bundle price when you buy the book with The Raw Food Diet Revolution (by Davis, Melina, and Cherie Soria). We are very excited to highlight this exceptional book by two of our favorite people, Brenda Davis and Vesanto Melina. 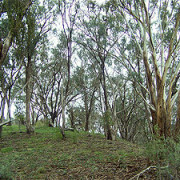 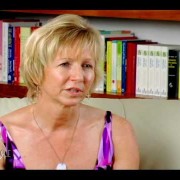 How is Cranial Release Technique Different?

Aromatherapy for a Healthy Winter